A vision of Cranbrook to come: highlights of the July Wealden Open Forum 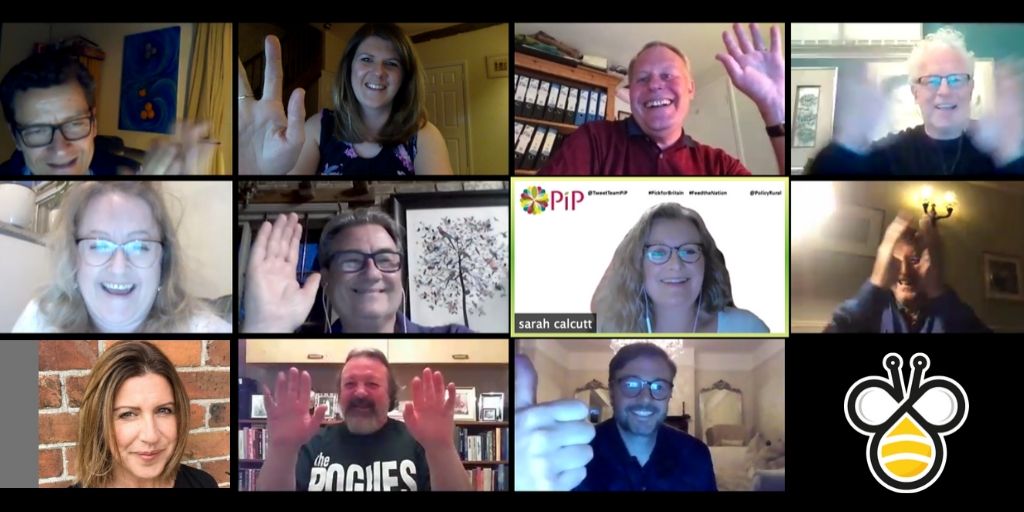 Local business owners reassembled via videoconference on 2nd July to help shape the agenda for the Bank of England Business Insights Roundtable being hosted by The Hive in October 2020.

Host Philip Crocker posited three questions for discussion to capture insights from participants about the needs of local businesses.

Now that lockdown has started to ease, how different do you believe your business plans or workload will be to those at the beginning of 2020?

Emma and Stuart reported significantly altered plans and have been working during lockdown to make company operations and service offerings more robust. Moreover, membership of The Hive increased, meaning they are now focussing on managing an over-demand for space. Many employees feel it is too early to return to traditional office workspaces, especially in London.  This is partly due to the risk of infection and partly due to the lifestyle benefits of working from home, e.g., saving time and money on commuting, spending more time with families, and spending more time outdoors. Although many reported feeling more productive and that they were doing better work from home, some people had been working longer hours in isolation, resulting in increased anxiety and diminished social skills.

Susie experienced a shift in her business, albeit positive. She learnt how to use a great deal of technology and brought forward plans to take online courses. Although Alex’s business began just prior to lockdown, there has been a sharp rise in demand for IT in setting up remote working.

Sarah mentioned the nature of her new roles have changed due to the pandemic and that she has also been affected by recent social movements regarding ethnic representation, reporting that social media was having a negative impact on the agricultural sector and how their events are perceived. Many locals refute the assumption that Brits are “too posh to pick”.

On the other hand, have we as a nation (and the Government) created a ‘furlough-needy’ workforce?

Hazel has experienced an increase in business, accelerating plans to outsource work. Although Hazel had been working more, she, Susie, and Sarah all reported having to fit their workload into fewer / different hours due to the need to home-school their children.

Julie’s travel business was set for big things at the beginning of 2020, but this changed dramatically due to the suspension of transit. However, she had found positivity in the change, touching once again upon our theme of workingon the business rather than working in it, e.g., spending the time developing social media and email campaigns.

John is still finding it difficult to gain new business due to lack of face-to-face interactions which are vital in business consultancy. However, he has taken the opportunity to increase networking efforts and revamp his website, and also has noticed an increase in the number of quotes being sent out to tender.

How do you believe your neighbourhood, town and the local economy will be impacted; what sort of actions do you think people will need to take to get back on track; and what forms of support do you believe they will need?

Some Cranbrook businesses have closed permanently. Emma predicted a transformation in the mix of high-street businesses, with two-thirds becoming service and hospitality outlets, leaving only a third as retail. Susie suggested there would be a higher risk of local unemployment and hardship during this time. John observed smaller stores seemed to be surviving better than larger ones, since they had better adapted to shoppers’ needs, e.g. ‘phone and collect’ and free home deliveries, with Hazel reiterating that flexibility would be needed across every sector.

Sarah said there was a sense that shopping had reverted to where local suppliers were more important now, e.g., using the local farm shop or bakery instead of national supermarkets. Stuart suggested this might also be due to greater supply-chain issues with larger companies. This presented a good opportunity to shop locally and support local traders, but consumers might need to accept paying more, both for the convenience and to keep these businesses sustainable.

Following the PM’s announcement on 1st July of plans to overhaul planning regulations and to convert town centres (without the need to apply for planning permission) into places for socialising, entertainment and leisure, as retailers continue to collapse, what do you think our local towns and villages will look like a few years from now and what actions can we all take to support traders?

Philip urged participants to interpret this question by envisioning a positive and prosperous Cranbrook a few years into the future.

There was popular appeal for a wider choice and higher standard of eateries in Cranbrook (similar to its latest addition, The Hive), e.g. a pizza parlour or a sushi bar, as well as some much-needed competition for the Co-op, regardless of which supermarket that might be. Alex would like to see a sweet shop in Cranbrook selling old-fashioned sweets as well as pick ‘n’ mix. Sarah suggested that augmenting Cranbrook’s food culture would consequently augment its social culture. Personally, she likes the idea of creating a CIC (social enterprise) by taking on a local venue such as a pub or restaurant.

Julie would like to see more time-restricted parking in central Cranbrook to allow more parking for brief visits. There was also support for pedestrianisation of the town centre to create space for eateries and regular street markets, as well as learning environments such as a baking or art school. Susie suggested this could be done by widening pavements and removing some of the parking bays. It was also suggested that the swimming pool at Cranbrook school could be re-opened to the public and that a cinema would be a welcome addition.

John predicted that Cranbrook’s primary school would achieve an Outstanding rating from OFSTED and could foresee this happening for the secondary school as well. He also said Cranbrook would need a greater diversity of shops to maintain relevancy. Finally, Robin observed there were large investments being made in Cranbrook Rugby Club to transform it into a sports outlet, in conjunction with the Parish Council planning department.

Following the success of the forums so far, The Hive and Darwin Whitty are looking into organising a regular informal meet-up for local businesses – watch this space for further details! In the meantime, if you have an opinion about the local economy or the impact of Covid-19, get in touch today at connect@hivehubs.buzz.