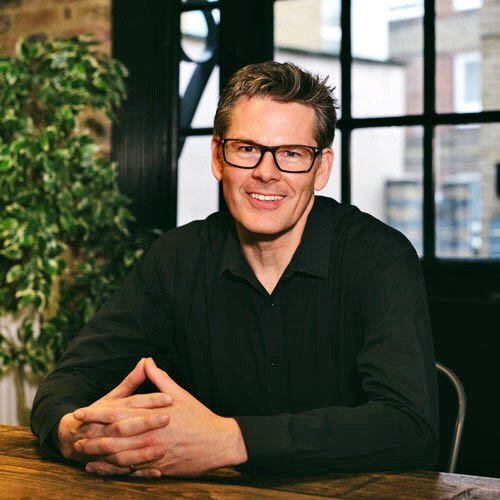 After leaving Manchester University in1990 With a BSc. Honours in Computing and Information Systems, Nick started work at a small start-up called Quidnunc, a pioneer in building online businesses. Nick was part of the management team and helped the company scale during over the next ten years from a small office in Hammersmith to open up in Bangalore, New York, San Francisco (and Brighton!).

Back in the day when websites were still a mystery to most, Quidnunc built the first Christmas Web Store for Marks & Spencer and jamjar.com for Direct Line – at the time one of the UK’s biggest sites. Nick was now quite the master of technology, and whilst on a 3 week sabbatical to Everest base camp, was working out how to send emails back home to tell of his tales.

Fast forward to 2009, after the dot com crash had taken Quidnunc down (and provided many unique learning opportunities), Nick founded Stellarise. Based in London Bridge and Budapest with an incredible crack team of IT specialists who believe that the right technology automation and support is a business’s catalyst for growth. IT can be a real headache for many, the multiple challenges of cyber security being a great example, but Stellarise are able to simplify technology and support you to grow your business, make it stronger and turn your vision into reality.

Nick lives in Cranbrook with his wife Sarah, two children and multiple rescued animals. He huddles out in the Hive to escape his London office with Sarah and irreplaceable sidekick Caroline Fraser, coming up with new strategies and scheming new plans.

When not working he likes to DJ – anything Ibiza – cook, drink good wine and is partial to the odd gin and tonic or three. Thrills were once provided by motorbike track days, but he now settles for snowboarding and skiing and recently during a midlife crisis attempted to kite surf but the weather at Camber Sands just doesn’t cut it.

Yes! Events are back at The Hive. Let’s get Social!

Events are starting again at The Hive from August 2021 There has always been a great events programme at The Hive and we've missed you! From August our events are [...]