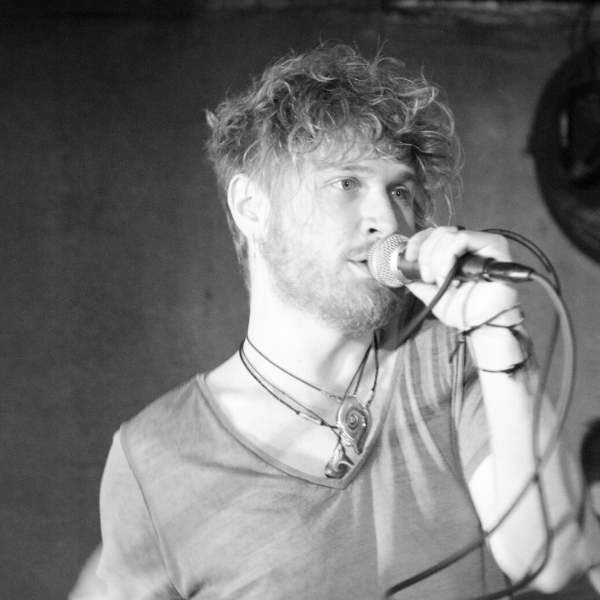 I was taught piano at a young age by legendary jazz pianist Perry White and went on through my teens to develop my craft as a singer/songwriter until I joined Kent based blues-rock group Tarot Rats as lead singer and pianist.

Together we turned Tarot Rats from a hobby in a shed into a professional outfit that toured the UK in 2019.

With initial regular shows and local festival appearances our first EP’s ‘Minor Arcana’ and ‘3.0’ were released in 2016 and 2017 respectively with the single ‘When We Were Young’ receiving over 8,000 views on YouTube alone and led us to a career-defining opportunity to perform for the revered Sofar Sounds (London) organisation.

Our 3rd EP ‘Pretty Faceless’ received critical acclaim and went on to feature on independent radio playlists all across the UK, most notably receiving regular airplay on Guy Bellamy’s Great Music Stories show on Meridian FM where we were voted Band of the Month in February 2019. A UK tour followed throughout 2019 including a performance at Wildfire Festival.

Alongside my music career I also head up Big WOW Live, (www.bigwowlive.uk) the music division of the south-east’s largest online events portal The Big WOW (www.bigwow.uk)

As a seasoned performer and self-made musician, helping other grassroots artists find their feet and gain notoriety- as well as putting on a good show- is a passion of mine, and so Big WOW Live was created & designed as a talent-hub/events management portal to help connect and share undiscovered music talent in the south-east, whilst also assisting venues, companies and event organisers with a ‘one-stop-shop’ service for their events, to increase the quality, success & variety of their music entertainment- to really stand out.

**VIRTUAL MEETING** Round Table Business Forums in preparation for the Bank of England Round Table on 7th October.  LAST forum on Thursday 4th June from 6pm. We have the [...]